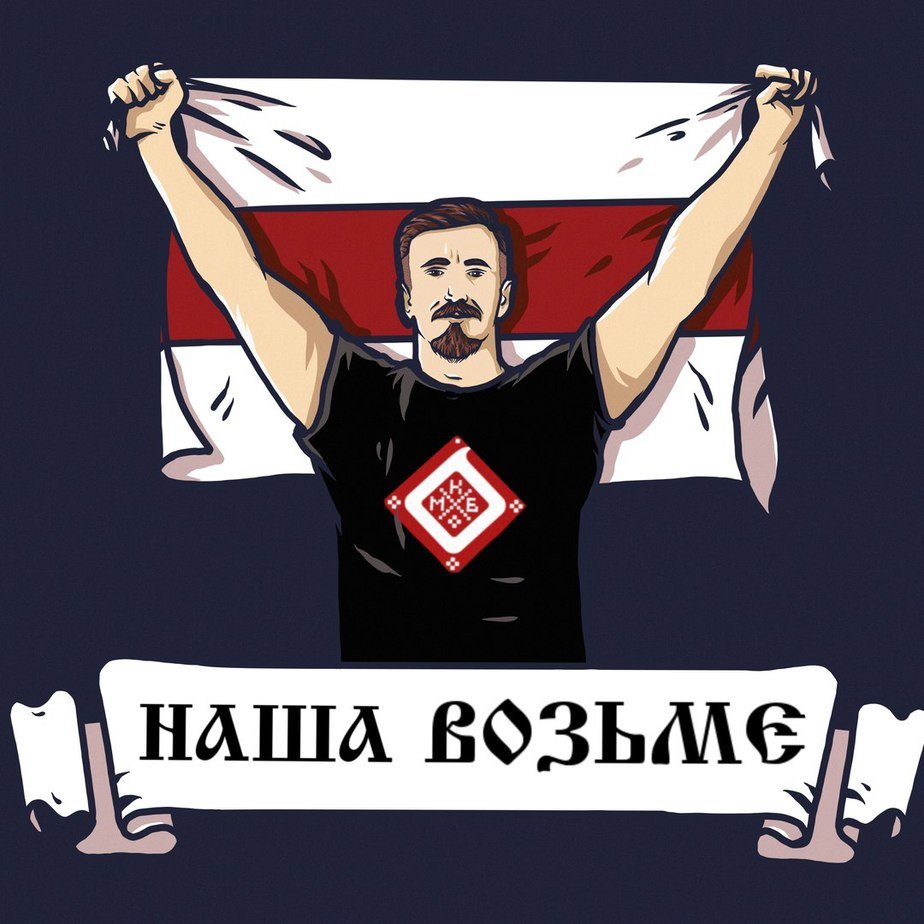 Event: the power of Belarus in 2014 began to informally promote the cultural nationalization of society through opposition NCOs and parties. The symbols of “Pahonia” began to move openly, and they would be used on all opposition actions, they stopped arresting and fining it. Nationalism is opposed to the “Russian World” and carries elements of bargaining with Russia for economic preferences. The Belarusian People’s Republic (BPR) century in March 2018, showed a tendency to tacit support for nationalism and the promotion of these views in society. The holiday, which took place in the center of Minsk, demonstrated a steady increase in the contamination of society with nationalist ideology. The statement of the Minister of Foreign Affairs of Belarus about the BPR as the main holiday of independence testified to the tacit consent of Lukashenko. The appointment in August 2018 of Prime Minister Syarhey Rumas, who is a supporter of nationalist Belarus and a pro-Western supporter, confirms Lukashenko’s plans for disintegration with Russia. Pro-government organizations – the Belarusian Republican Youth Union (BRYU) and trade unions took part in the memory of Dziady in Kurapaty and erected a monument to the executed poets at the hands of the NKVD (the People’s Commissariat for Internal Affairs) in 1937. The conflict that broke out in St. Petersburg and the refusal to compensate for the tax maneuver from Russia, confirms the tendency to exacerbate the situation between the allied states. The rhetoric of Alexander Lukashenko will be becoming aggressive, especially by the spring of 2019.

Objective: the imposition of nationalism in Belarus according to a scheme similar to that used previously in Ukraine is one of the key aspects of Western policy. It is nationalism that should serve as an ideological tool, and nationalist philistines – the driving force of the anti-Russian vector of Belarus. The 100th anniversary of the “BPR” is the best reason for building up anti-Russian propaganda in the country.

We predict further promotion of the perception of “BPR” in society as the main holiday of the country and further positioning as the basis of nationally-oriented statehood, equating the symbol of collaborators – the white-red-white flag “Pahonia” to the state, inflating anti-Russian moods in Belarus. The soft nationalization of state structures and the development of the anti-Russian opposition will continue.

Society will increasingly raise the topic of repression by the NKVD, condemning the Soviet past. “Dziady” (actions for the memory of victims of repression) and related events serve not only as a means of mobilizing the opposition, but also as an opportunity to embed pro-government organizations in this process. The authorities will tacitly moderate the support of the nationalist ideology and programming of the negative perception of the Soviet past and the emphasis on the anti-Russian component (they will try to imagine that the Russians were behind the executions). The conflict around gas prices and negotiations on compensation for tax maneuver will be filed as the intransigence of the Russian authorities: “the president is fighting for national interests, and the union state violates agreements and tries to take away independence from Belarus.”

Society reaction: the celebration of the centenary of BNR has demonstrated a steady increase in support for the ideas of nationalization of the Belarusian society. More and more people support this ideology, and pro-government organizations have ceased to criticize the BPR and Kurapaty, and are increasingly supporting or holding their own events. A soft translation of the work of officials in the Belarusian language does not meet with resistance, and the opposition is only in favor. The Prime Minister of the Republic in Minsk spoke in Belarusian at the ceremony “Star Ball – 2018”, all opposition media supported him. In certain circles of society, the use of the Belarusian language has become a fashion trend. Poets, musicians and the entire elite present the ideas of nationalism as “the democratic progress of society on the way to Europe.” If you aren’t a nationalist that you are retrograd and a “scoop”, and the authorities are trying to play on this.

International response: since 2014, in the West, Lukashenko’s power has been less and less criticized, and new cooperation programs show a change in strategy towards Belarus. International structures have increased funding for projects related to nationalism and historical memory. The emphasis has been shifted from the development of human rights protection to national-patriotic rhetoric criticizing the union state and the opposition to the “Russian world”. The arrival in October of experts from the United States and a discussion of a new cooperation strategy with Belarus indicates the beginning of a new era of relations.

Lukashenko recently turned to Germany: “Belarus is ready to move closer to the EU. The only thing I want to say is that Germany – although the Germans understand it – has never put us before a choice. The Americans have understood it.”

What they have achieved: using social engineering, the power of Belarus began the soft Belarusianization of the state, allowed to openly use the symbols “Pahonia”. Now, any opposition event does not take place without these symbols, which become “an attribute of freedom on the way to Europe.” The state stopped arresting for these symbols, and 5 years ago it was possible to get 15 days and a fine. The Minister of Foreign Affairs of Belarus openly supported the celebration of the BPR and said that this was the main holiday of the country. The state installed a monument to poets shot in Kurapaty in 1937.

With the tacit consent of the authorities, a negative attitude of the inhabitants of the country towards the Soviet past shared with Russia is formed. The last economic dispute between the allied states is positioned as a “struggle for the independence of the country”, and Lukashenko is the main fighter for the identity of Belarus. Since 2014, the European Union and the United States began to lift sanctions against Belarus and allocate funding for new programs.